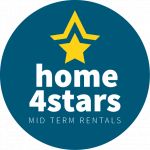 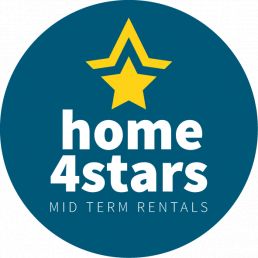 Lindsey W.
Vor vor einem Jahr
Lindsey W.
vor einem Jahr
The whole building is owned by a rental agency (VisitInPrague). We had to deal with multiple people in order to address concerns, and although our issues were addressed immediately (the next day), I feel as though for the money we spent we should not have had these issues in the first place. A washer was supposed to be in the unit but was not (they did fix this, however). Window shades did not work, a doorframe was literally falling off, etc. Also, people smoked marijuana in the courtyard which wafted into our windows, and I was told by the landlord that it was "impossible for the smell to travel upwards" but my entire family begged to differ. The building is next to a CBD club and a gentleman's club. Otherwise, location was fine - near the metro station and downtown, easy walk to both. The beds were probably the most comfortable we have stayed in in any rented apartment we have ever had, and although we had to deal with multiple people, everyone we spoke with from the company was kind and helped make sure our concerns were heard and addressed.

Alžběta C.
Vor vor einem Jahr
Alžběta C.
vor einem Jahr
The accommodation was very good in general. Near tram station and with a great garden inside the building but the bed was not good and the shower cabin was too narrow for me. Otherwise, it was clean and safe and very practical.

- careful, hair of the previous tenant in the sofa

- a system of ventilation during the summer would be good too.

I recommend this flat

Kristina L.
Vor vor einem Jahr
Kristina L.
vor einem Jahr
The studio is really cozy and clean with a spacious bathroom. The kitchen has all the necessary items. Communication went smoothly. The nearest store 15 minutes away (walking), which might be a bit uncomfortable for those who do not have a car. However, the tram station is 1 minute away, making it easy to get to the center.

DZIYANA K.
Vor vor 4 Monaten
DZIYANA K.
vor 4 Monaten
It was a beautiful flat in a safe, quite area. What are the best pluses of living in such flat are safe doors and keys, washing and drying machine, big windows.

sameh ali r.
Vor vor 12 Monaten
sameh ali r.
vor 12 Monaten
excellent flat and its very comfortable i love it and the people is very lovely and friendly , i will do rent this flat again when i come Prague next time
best Regards for Tomas and all team

Andrea Maria P.
Vor vor 11 Monaten
Andrea Maria P.
vor 11 Monaten
The flat was very homely and the location is excellent, we had some issue with the tap in the bathroom, which was leaking quite a lot and we could not use it for most of our stay.
The landord was notified and sent plumbers in, but after a few tries they gave up trying to fix the leak, so we had to shut the water in the bathroom sink, which was a bit inconvenient.

Margaux V.
Vor vor 7 Monaten
Margaux V.
vor 7 Monaten
The apartment was very great. It was really clean, and operational. It was also very closed to the accomodations!!
I recommend this apartment!!!

The location can't be beat. Very cooperative and responsive staff; they provided items missing from the kitchen when asked.


This apartment has a bit of noise at night from the bar right below the bedroom. I went to bed quite late and the noise doesn't last much beyond midnight, so for me it wasn't a big problem.

The shower is first class and all the appliances work. I could stay there again.

Paul K.
Vor vor 4 Monaten
Paul K.
vor 4 Monaten
Rented it out for another month. Stayed four in total. Its a very nice place. See my prior review

Alba D.
Vor vor 6 Monaten
Alba D.
vor 6 Monaten
Although it was a nice apartment I didn't reach an agreement with the landlord due to the situation of emergency in the country, which forced me to go back home. I had to pay the rent worth of 2 months after only staying for 2 weeks. The landlord didn't even want to hear about an in-between solution for both of us, so I wouldn't recommend renting this flat after such a disastrous experience.
Otherwise I enjoyed living there. The fact that 4 people have to share the same room can be hard, but it's ok as long as you are aware of this. The apartment is in the centre which is very convenient.

Emilie C.
Vor vor 3 Monaten
Emilie C.
vor 3 Monaten
Everything was great - the flat is brand new and very well equipped. We lived there for 1.5 months and had everything we needed. The only issue we had was that the landlord was not able to provide us with a second set of keys during this time. I would stay here again happily :)

Pascale C.
Vor vor einem Monat
Pascale C.
vor einem Monat
It’s a good place for short term. The location is great but the street is quite busy. We also had a baby with us so it wasn’t ideal with the noise